What do you know about our conveyor pulleys? Stokman produces various pulleys for different functions and positions in the conveyor system. In this blog we will tell you about our 5 types of pulleys: the drive pulley, return pulley, tension pulley, deflection pulley and snub pulley. We tell more about the function and properties of these pulleys. Interested? Read more!

A drive pulley is always single-sided or double-sided, meaning it has one or two drives. Depending on the size of the conveyor system, one or more drive pulleys are used at different positions in the system.

The snub pulley serves to increase the length of the tensioned conveyor belt in order to increase the contact and friction surface between drive pulley and belt. If necessary, this pulley is placed directly behind the drive pulley, in the lower part of the system.

The friction surface has a large effect on the performance of the system because the drive depends on the friction between pulley and belt. In addition, the greater the friction surface between drive pulley and belt, the more grip the pulley has on the belt which will stop the belt from slipping. The snub pulley is therefore particularly suitable for conveyor systems that require very high drive power or systems in highly contaminated environments. 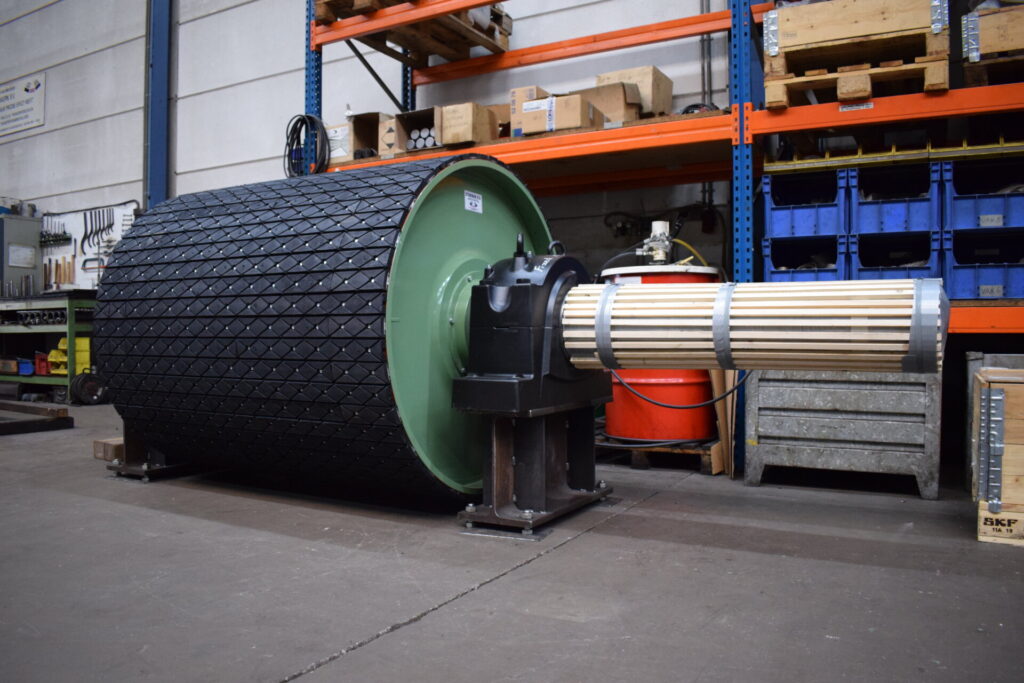 The return pulley is placed where the belt is to change its direction of rotation by 180°. This will often be at the tail end of the conveyor belt. The return pulley often has the same diameter and bearing as the drive pulley. Like all other non-driven pulleys, it can be provided with either external or internal bearings.

The design of a deflection pulley is similar to a return pulley, but the diameter is often smaller. The pulley design is often lighter, as the smaller length of the tensioned conveyor belt causes less tension.

Correct setup and alignment of pulleys will prevent any misalignment

To prevent skewing conveyor belts, pulleys can be equipped with so-called crownings. Because of the crowning, the centre diameter of the pulley is slightly larger than the side diameter, so the circumferential velocity in the centre of the pulley is slightly higher. This causes the belt to tend to move laterally toward that highest point. This is called the centrifugal force. This effect of crowning automatically keeps the belt running in the center of the pulley and prevents the conveyor belt from skewing. 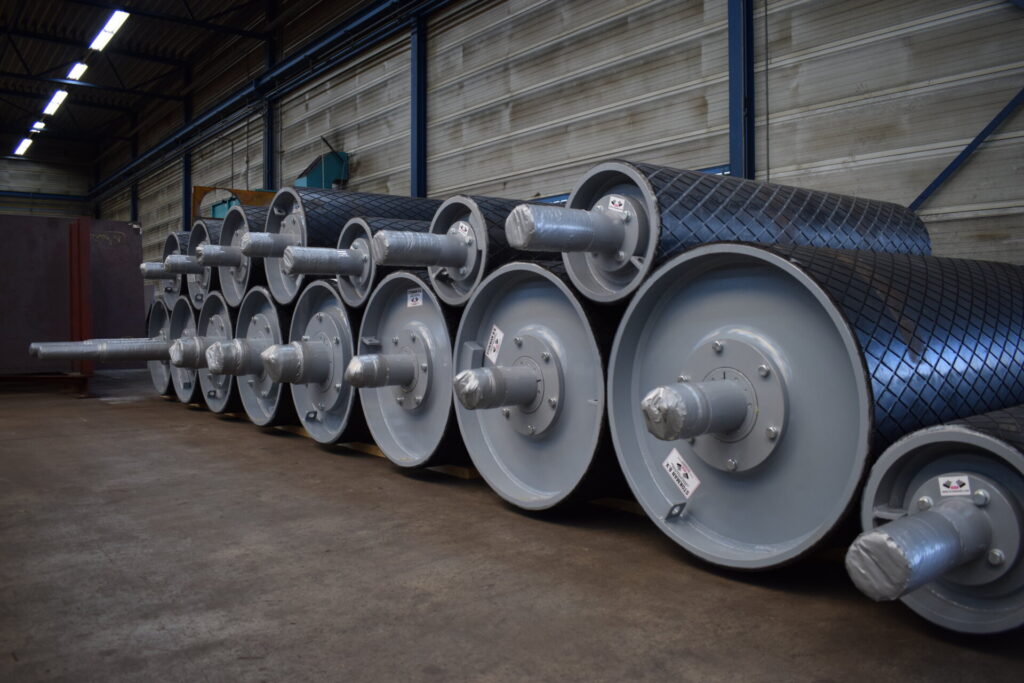