The importance of the drive pulley in a conveyor belt system

How is a conveyor belt driven? The simple answer is: the electrically or hydraulically powered drive pulley. In this blog, we will take a closer look at how the conveyor belt and the pulley that drives the belt work. We will also look at the options and choices for Stokman drive pulleys.

The conveyor belt is driven by the friction between the contact surface of the drive pulley body and the rubber coating of the conveyor belt. The greater this surface area the more friction. 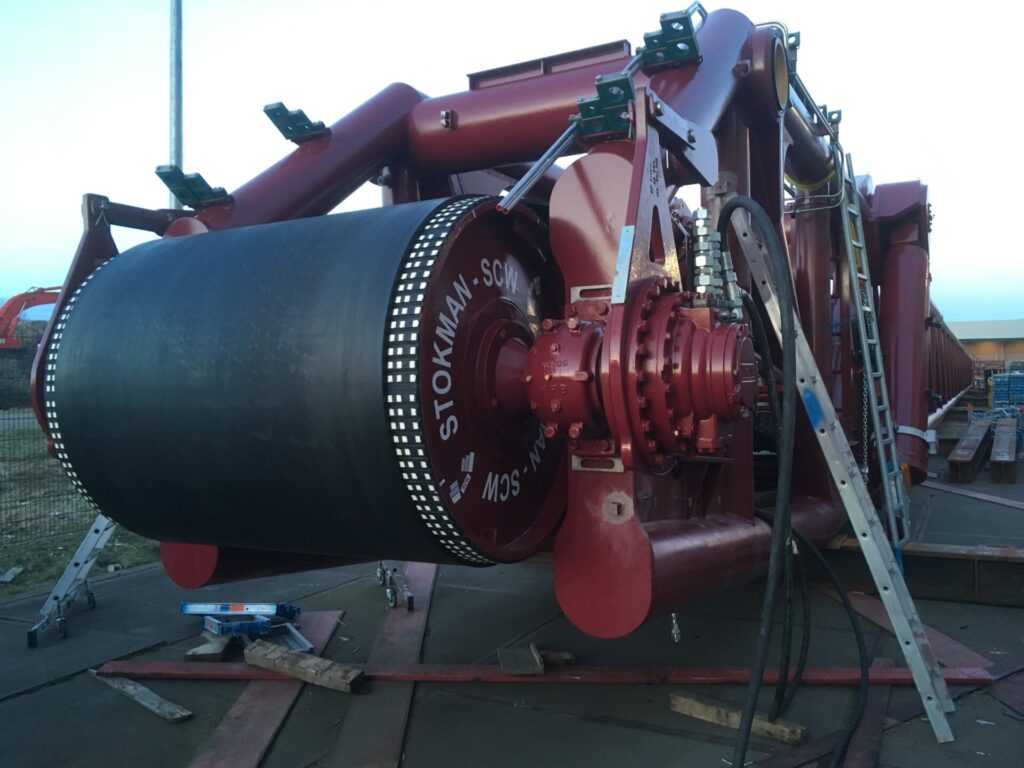 To prevent this and create more friction between the drive pulley and the conveyor belt, Stokman pulleys are lined with rubber or a combination of rubber and ceramic. This lining has a profiled surface to drain off water and prevent aquaplaning and slippage.

A drive pulley can be single-sided or double-sided, a double-sided pulley provides 2 drives per pulley. The required drive power will determine whether a pulley is to be single or double sided.

Conveyor belts are powered electrically or hydraulically. Electric drives consist of an electric motor with a gearbox. The advantage of electric drives is that electricity is available in most locations (especially on land).

Do you have any questions about drive pulleys or other Stokman products? Please, contact us. We like to get in touch with you! 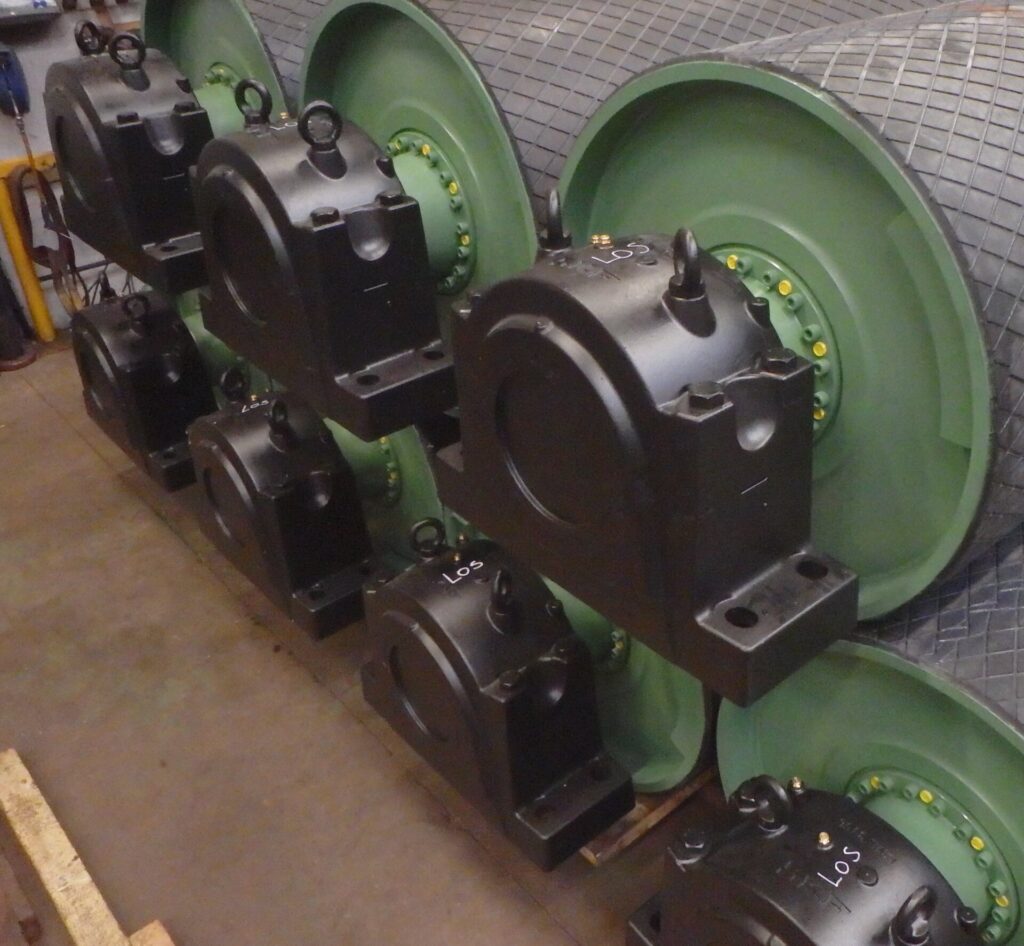