We distinguish ourselves in the market by delivering quality: from design and production in our machine shop in Raamsdonksveer to assembly and maintenance of the systems on site.

Since the foundation of our company in 1922, we have built up a customer base of renowned companies

We distinguish ourselves in the market by delivering quality: from design and production in our machine shop in Raamsdonksveer to assembly and maintenance of the systems on site.

At Stokman, you can rely on specialist advice built on decades of knowledge and international experience in a wide range of projects. The solutions we provide are focused on the long term; in our projects, we also take into account future extensions to your installation.

If you are looking for a solid solution for the long term, you will find that we are the ideal partner. 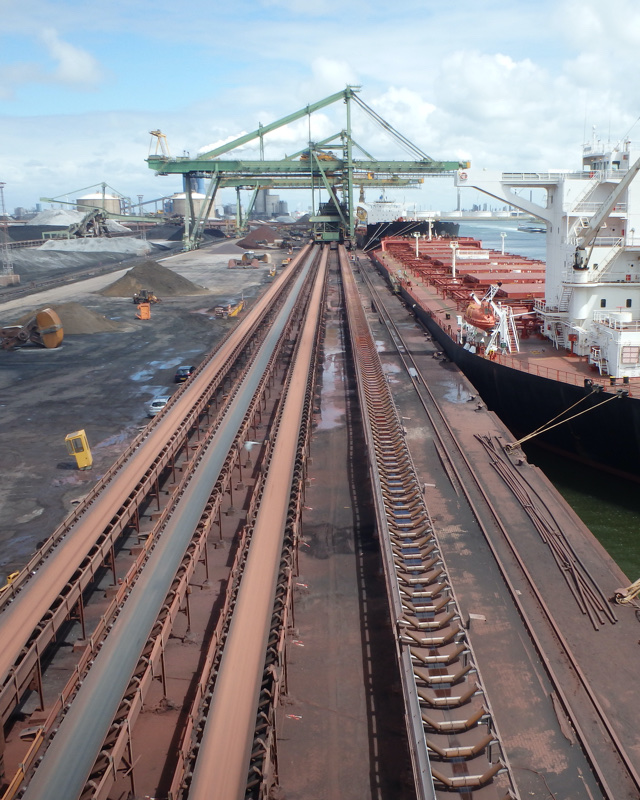 In 1922, Jan Stokman decided to give up his craft as a gun maker and become a farrier. This meant that he had to look for a place that offered more business opportunities than the urban environment. This took a long journey to the south of the Netherlands where he found a suitable location in the town of Waspik for his trade as a farrier. Agricultural activities in and around Waspik were still mainly carried out with horses. Consequently, farriers were in great demand. This step was characteristic for Stokman’s development into the successful company it is today. Since its foundation, Stokman always made sure to keep pace with developments in the market and technologies and to seize business opportunities when they arose.

The first generation of the Stokman family has led the company for more than 3 decades. Out of his marriage, 11 children were born and as a matter of course, the eldest son joined the company in 1952. Aside from having received professional training, Henk also had the strongest connection with the company. The company could be characterized as modern for that time. It invested in machinery and motor driven equipment. A single-motor drive shaft was used to drive various drilling and sawing machines. This innovative culture is still characteristic of the company today.

At the time, the company consisted of a forge and mainly carried out maintenance work for tanneries, dairies and agricultural companies. They carried out repairs to installations and, if necessary, produced replacement parts in the forge.
Craftsmanship, service and solving problems were the main focus of attention. Even then, downtime was an important factor in the costs of production companies and agricultural businesses, and the company was able to provide a perfect response, just as it does today. The client-oriented approach that distinguishes the company today originated at that time.

After completing higher vocational training in mechanical engineering, Jan first joined the research department of a marine engine factory. But he had always set his heart on the family business. So, the current director joined the family business in 1973. One of the key accounts at the time was a company that produced fencing. That company was limited in size at the time, but has since grown into a leading European total supplier of perimeter security solutions with more than 1200 employees.

In 1973, the family business consisted of 2 generations Stokman and the wife and mother of both men; she was the driving force behind the company. Mrs. Stokman was basically responsible for the accounts as well as sales and project planning. At the time, she was considered to be quite emancipated and progressive. Entrepreneurship was part of the Stokman family’s DNA.

In addition to the core business of fencing, the company continued to grow as a total supplier of parts, composite parts and complete machines. All over the world, after half a century, there are still many machines that once left the production site in Waspik.

In the meantime, Jan Stokman was in charge of the day-to-day management of the company and he already understood that the future and further growth would lie in bringing a product (brand) on the market. The first product of the company was a machine for drilling holes and planting trees. This soil drill became a success, not only for planting trees but also for placing pipeline supports in the oil industry.

In 1980 the company moved to a 1200m2 site in Raamsdonksveer. At that time, the company employed a number of operational employees, mainly welders, turners and millers. Some of those employees are still working within the company today. They have been employed for over 40 years now!

In 1984 we started with our current core business, manufacturing pulleys and rolls for bulk conveyor systems.

In those days, Stokman believed they made very good rolls, as they were cheaper than those of their competitors. Very soon, we discovered that prices should always be subordinate to quality. Total cost of ownership and continuity of business processes largely determine the success and profitability of our customers. In collaboration with a renowned German engineering firm, we decided to make the best possible role, without considering production costs. The slogan used by the well-known German car brand Mercedes-Benz, “Das beste oder nichts”, also applied to our products. The best quality is still the core principle of our business operations today.

Since 1990 the company has grown very rapidly and the premises became too small. We started the construction of new facilities at our current site in 1994. The current location measures one hectare, of which 4500m2 is built-up and 5500m2 is still available.
One of the customers was a transhipment company. Our services towards this client were characterized as a full-service partnership. Apart from supplying the parts for this assignment, Stokman also carried out the engineering, assembly and maintenance. This idea of providing full-service was the basis of Stokman’s further growth, and was followed by hiring shift leaders, constructors, draughtsmen, and field service engineers. Incidentally, this transhipment company is still our customer today.

Quite often, an order for pulleys and rollers is the first contact in what turn out to become very long and successful relationships between customers worldwide and Stokman. Therefore, in 2020 we invested in a unique product configurator enabling everyone to put together custom rolls.

In the future, Stokman will continue to invest and develop as a total supplier of conveyor solutions and as a global service partner. Stokman currently employs 60 people, of whom approximately 50 work on the premises and 10 as on-site service and assembly partners.

Meanwhile, the 4th generation of the Stokman family is active in the company. And again, this generation will bring the necessary energy as well as innovation. The company has invested a great deal in automation and robotization. On the one hand to further optimize production processes and on the other hand to continue to guarantee quality in the future. Automation and robotization will ensure that Stokman, as a manufacturing company and knowledge institute in the field of conveyor systems, is to continue to play a leading role in the decades to come.

Stokman, a century of innovation, craftsmanship and entrepreneurship.

Customers in many industries

Since the foundation of our company in 1922, we have built up a customer base of renowned companies, including:

Stokman is ISO 9001: 2015 certified. By using only high-quality, wear-resistant materials, our rollers and pulleys continue to function optimally even under extreme conditions and meet environmental and noise standards.

Our CSR policy is aimed at reducing our impact on the environment as much as possible. For example, all our conveyor rollers are recyclable. In Stokman, you will find a solid partner that delivers quality.

Stay informed about our projects and the latest developments in and around Stokman.

The cladding of a conveyor pulley

We outline the different types of cladding for a conveyor pulley, including benefits.

The importance of the drive pulley in a conveyor belt system